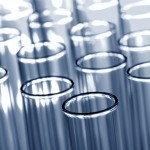 Cells and animal models are invaluable to curing disease, and without them we wouldn’t have the polio vaccine or chemotherapy.